written by peterbrianmussonrules
in category Uncategorised

Revealing the Journey behind 12 Vessels by leading contemporary British Silversmiths. Mindful of Silver as a title was chosen to suggest a considered awareness and respect, in addition to implying mindsâ€™ full of ideas and thoughts, reflecting as Peter Musson suggests, â€œsilver deserves intelligenceâ€. Peter Musson is a hoarder of objects collected not for their intrinsic value but because they excite and pose questions to be pondered over such as form, utility or the methods of production. A roughly cast spoon brought from a street seller in Vietnam, brings the â€œHuman quality of Imperfectionâ€ while remaining true to the process by which it was created. The origin of the metal aluminium taken from fallen US fighter planes, adds another layer of mystery. A Japanese grater â€˜oroshiganeâ€™ reveals skill and control in the making process but raises questions as to whether it has been made by machine or hand and what the differences might be. 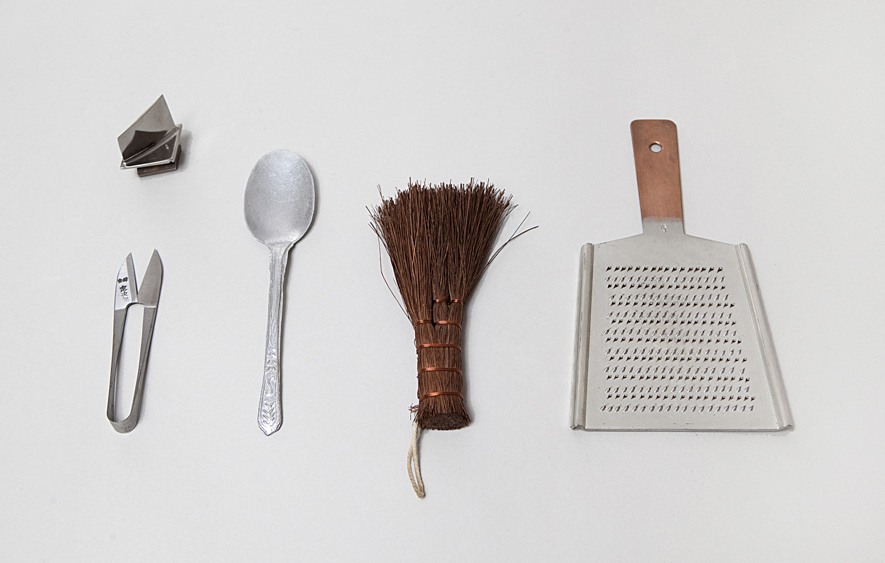 These objects have served as a starting point underpinning Mussonâ€™s approach: intriguing through form, the making process and mystery of past or purpose. Musson combines and contrasts the freedom of handmaking and computer controlled techniques with an inherent honesty that reinforces his conceptual approach. It is in pushing technical boundaries that ideas are formed and developed, â€œit is at the limit of working the material that interesting things happenâ€. The rich decorative surfaces of his work are visually complex while the form remains understated , almost classical, allowing greater focus on the depth of the surfaces which reference his process: the electroformed â€œdarkâ€ underside requiring the same skill and control that is more evident with the computer cut â€œlightâ€ surface.

(By Julie Chamberlain 2011, Catalogue for Mindful of Silver)