In 2011 Bishopsland Education Trust celebrates eighteen years of its postgraduate training workshops for young silversmiths. In that time over 130 makers have benefitted from the practical and artistic opportunities that the workshops were established to provide. The impact on the field of silversmithing in the UK has been widely recognised. 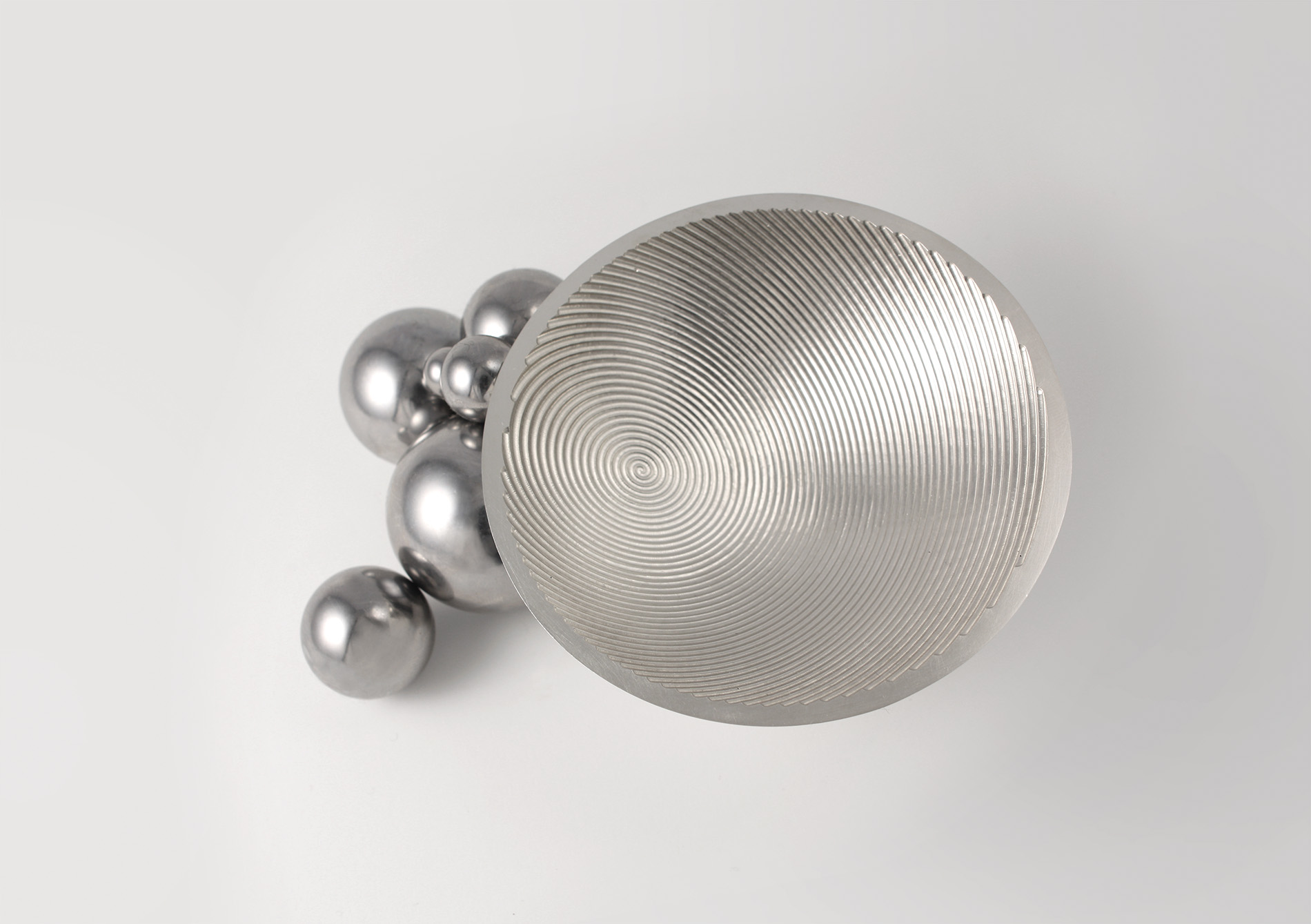 In response to this anniversary, freelance curator and modern silver expert, Amanda Game, was invited to curate a special show for the Bishopsland Trust at Collect. She has responded by inviting a selection of Bishopsland graduates, and established UK silversmiths with Bishopsland connections, to design and create a series of contemporary celebratory vessels.

Peter Musson’s response for ‘Bishopsland celebration’ is honouring the marriage of hand that controls the machine. The tools we use as humans are extensions of our bodies. It is not hands that have built our world it is tools we have made. We use tools to feed us to develop and improve our standard of life. peter Musson 2011